The 2nd Berlin Aviation Summit 2020:
Aviation for the Future – Change is NOW!

In times of political and societal demand for emission-free aviation, the future of aviation is under close scrutiny. What are the major challenges for the commercial aviation business in the future? Will passengers be willing to pay the bill for climate-neutral aviation? What technological innovations will be necessary to produce future aircraft? How can we increase efficiency in air traffic management while keeping safety standards as high as possible? And in particular and most recently, how does the current crisis caused by the SARS-CoV-2 pandemic affect aviation today and for the future? The answers to these and many other questions will shape the future of aviation.

At the 2nd Berlin Aviation Summit (BAS), high-ranking representatives from all relevant fields will address these questions from economic, political, technological and scientific perspectives. The summit offers key players in politics and science, industry, finance, energy and global air traffic a platform to share and discuss technology perspectives, investment strategies and policies. This year, the BAS will be taking place in an adapted format with an on-site programme for speakers and invited guests in Berlin along with an online offering via our streaming platform for virtual participants.

The 2nd Berlin Aviation Summit is a joint event of the German Aerospace Industries Association (BDLI) and the German Aerospace Centre (DLR). It is part of the 8th European Aeronautics Days (#AeroDays2020), the leading event in aviation research and innovation, a platform to share and review the latest developments in aeronautics and air transport across the European Union. Under the patronage of the European Commission and the Federal Republic of Germany, which will hold the EU Council presidency in the second half of 2020, the summit convenes decision-makers to discuss the future of aeronautics and global air transport.

Join the auditorium and shape the future of aviation with your ideas! By invitation only & Chatham House Rules!

Economics of Air Transport and Aircraft Manufacturing in the New Normal: Market Insights from Richard Aboulafia

Executive Perspectives on the Future of Aircraft Systems

Executive Perspectives on the Future of Operations

Executive Perspectives on the Future of Aeronautic Technologies

Executive Perspectives on the Future of Propulsion Systems

Executive Perspectives on the Future of Air Traffic Management

Executive Perspectives on the Future of Aviation Safety

Executive Perspectives on Sustainability in Aviation from a research perspective

Political Perspectives on the Future of Sustainable Aviation

Executive Perspectives on the Future of Aeronautical Science

Executive Perspectives on the Future of Aviation Fuels

Executive Perspectives on the Future of Ground Systems

Executive Perspectives on the Future of Financial Investments in Aviation

Presentation of Digital Graphic Recording output of the event

Member of the European Parliament

„Our European colleagues have organized this important dialog as we face critical challenges in the aviation community. NASA’s aeronautics research program is focused on transformative solutions to these challenges and I look forward to the discussion and outcomes.“

„COVID-19 has devastated local and global air connectivity, and tragically impacted the lives of the hundreds of millions of economically vulnerable men and women around the world. Many of those affected depend on aviation and tourism for their very livelihoods, and events such as #AeroDays2020 are therefore essential to helping aviation leaders appreciate their critical responsibilities and the scope of the challenges this pandemic presents“

„Crisis presents an opportunity for change. The unprecedented crisis in aviation triggered by COVID-19 hit the industry at a significant moment – when it was already under growing pressure to reform to become more sustainable. We need to work together to unleash the hidden opportunities this crisis has presented and leverage them to move towards greater sustainability, while not losing the focus on safety and health safety which is a prerequisite for public confidence in flying. We must be seen by citizens to have their safety at heart in everything we do, as aviation evolves and as unmanned drones become commonplace in our cities.“

„The COVID-19 pandemic hit the European aviation sector hard, and the sector is still facing significant challenges. However, difficult times present us with new opportunities. We need to rebuild our economies and reframe our societies, and this new reality could and should incorporate an increased emphasis on green solutions. Clean Sky is more determined than ever to make climate-neutral aviation a reality, in alignment with the European Commission and in support of the European Green Deal and the economic recovery ahead. I look forward to discussing the way forward during #AeroDays2020.“

„The Berlin Aviation Summit will bring together top decision-makers from industry, airlines, finance, research and politics not only from Europe but from all over the world. Their task is immense. They have to lead aviation through the recovery from the unprecedented COVID-19 crisis while at the same time ensuring affordable mobility for citizens and goods as well as a sustainable future through climate-neutral flight technologies. I am looking forward to being part of this event and sharing my vision of the challenges ahead and the answers we might give with the aeronautics community.“

„The technical requirements of future aircraft will need to guarantee the safety and comforts that we enjoy today, while continuing to deliver greater efficiencies and sustainability. Innovative technologies will be the enablers, but a successful transition will depend on concerted actions across the entire aviation value-chain. The #AeroDays2020 will provide a forum for discussion towards this goal and how industry can remain on-track in light of the impacts of the COVID-19 crisis.“

„As the aviation industry recovers from Covid-19, the need to ‘build back better’ will be much stronger with the spotlight on aviation sustainability. Sustainable aviation platforms requires even more efficient engines and airframes, a rapid scaling of sustainable aviation fuels and the introduction of novel technology especially for shorter flights. The Berlin Aviation Summit will be a great forum to discuss progress in all of these areas.“

„SESAR is proud to be part of the Berlin Aviation Summit and support the #AeroDays2020 event. There has never been a more important time to have a discussion about the future of our industry and I look forward to both hearing and being part of these discussions with all key aviation stakeholders present.“

Review of the Berlin Aviation Summit 2018 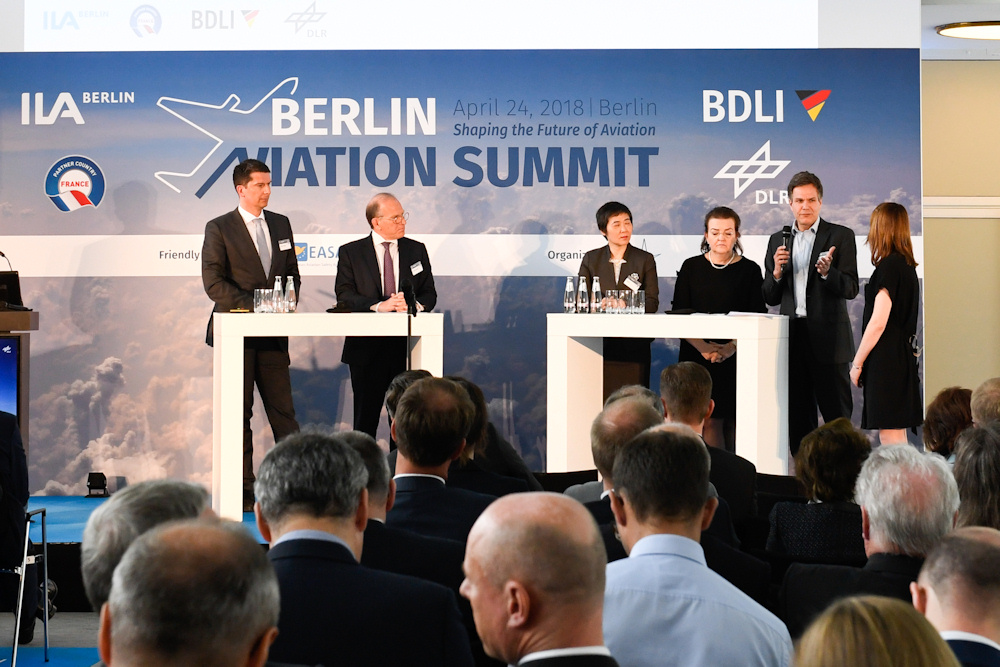 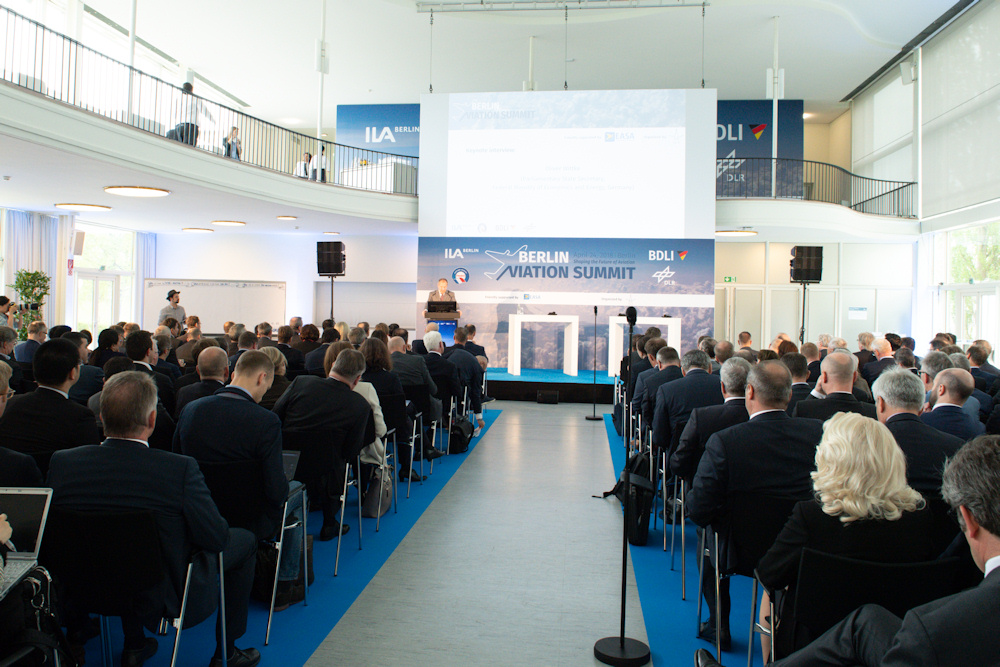 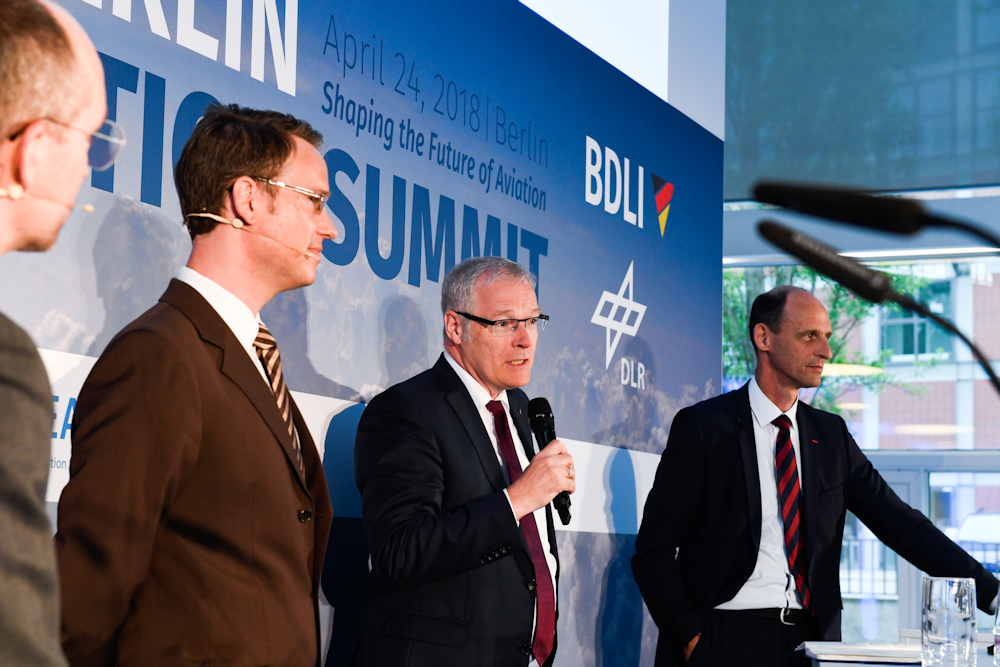 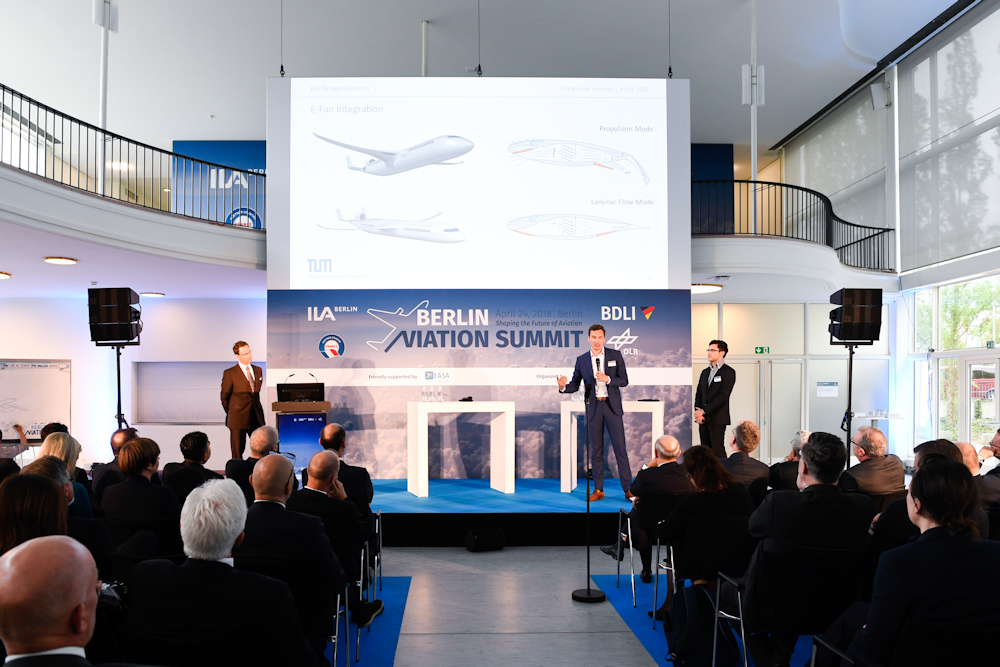 The Berlin Aviation Summit is designed as a platform for high ranking key players in politics and science, industry, finance and global air traffic debating important developments and possibilities for the future of aviation. In 2018, the main topics were digitalisation and energy transition and how they will move the rigid air transport system.

The BAS was also honoured to welcome Patrick Gandil (Directeur Général – Direction Généralee de l’Aviation Civile de France), as well as Oliver Wittke (Parlamentarian Secretary of State, Federal Ministry of Economics and Energy, Germany) who were invited to frame the technological and economic conditions and to further the political exchange.